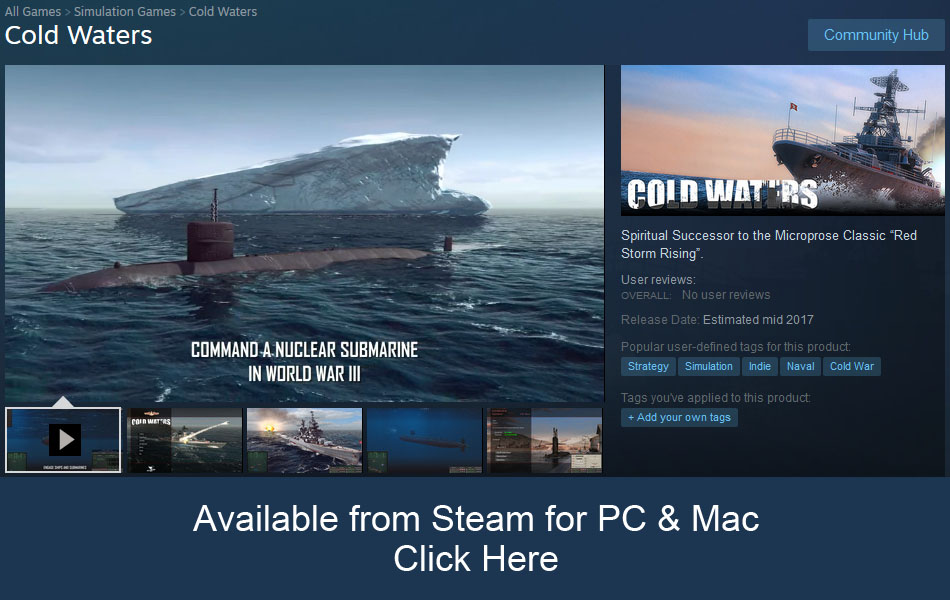 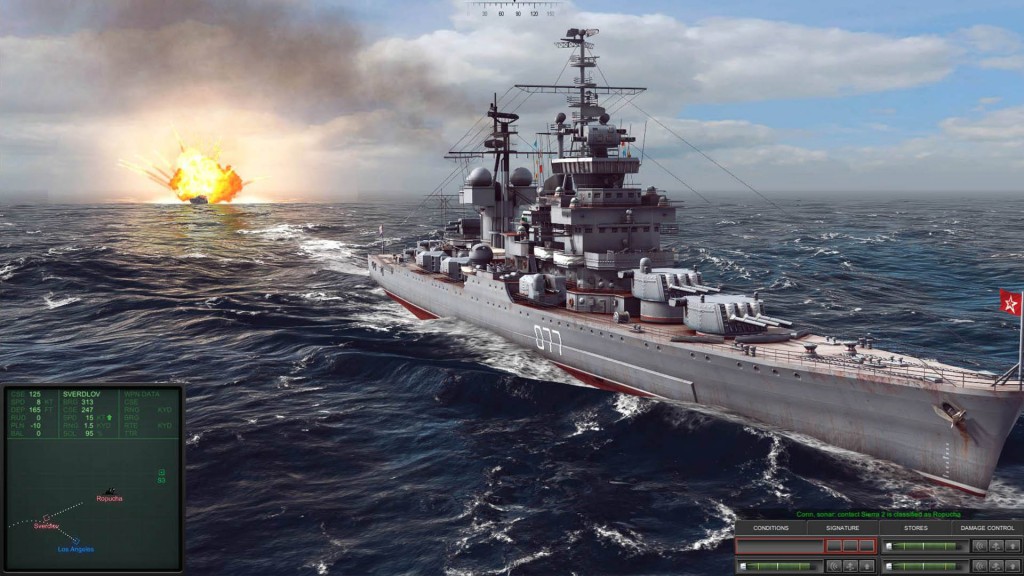 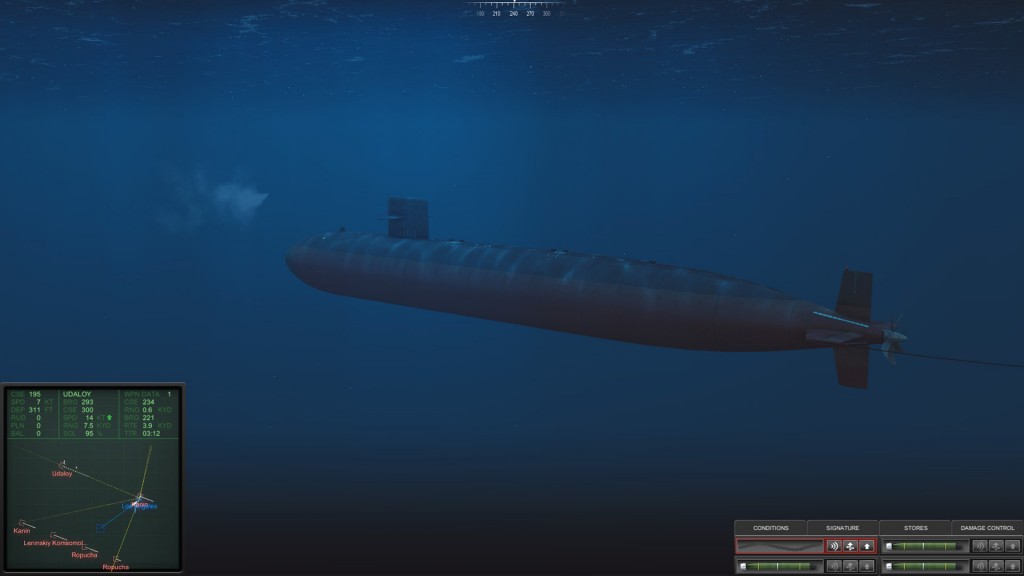 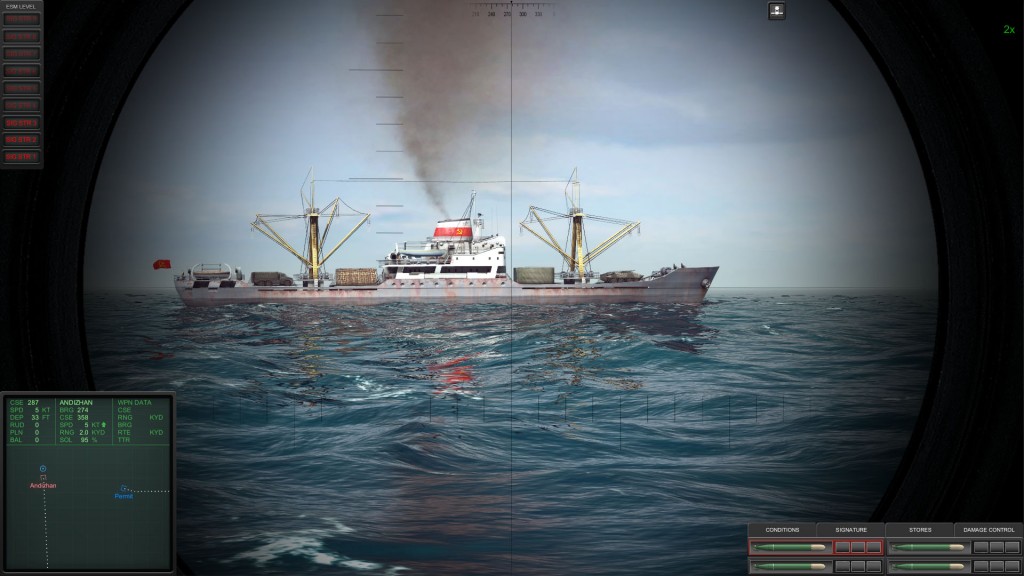 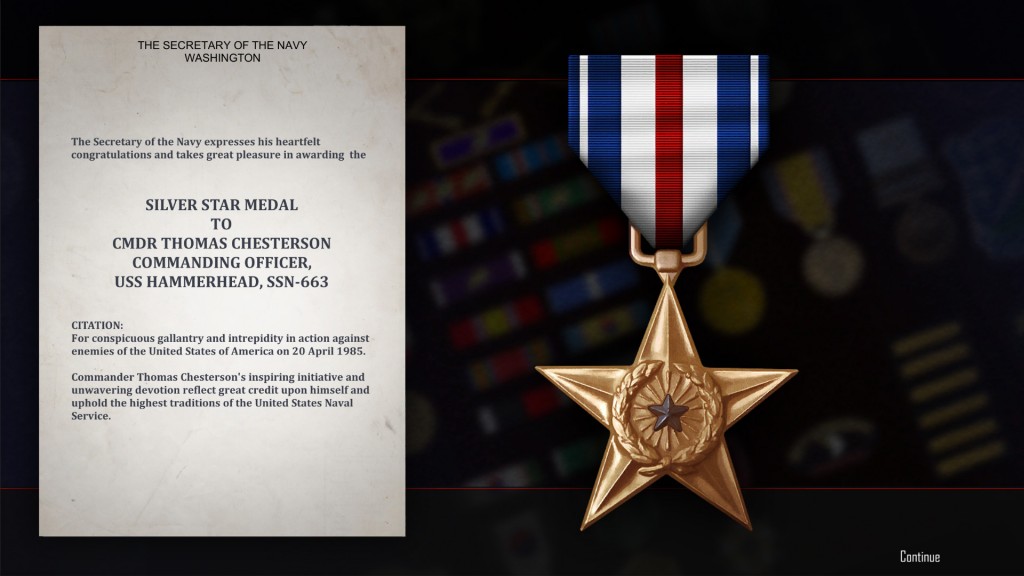 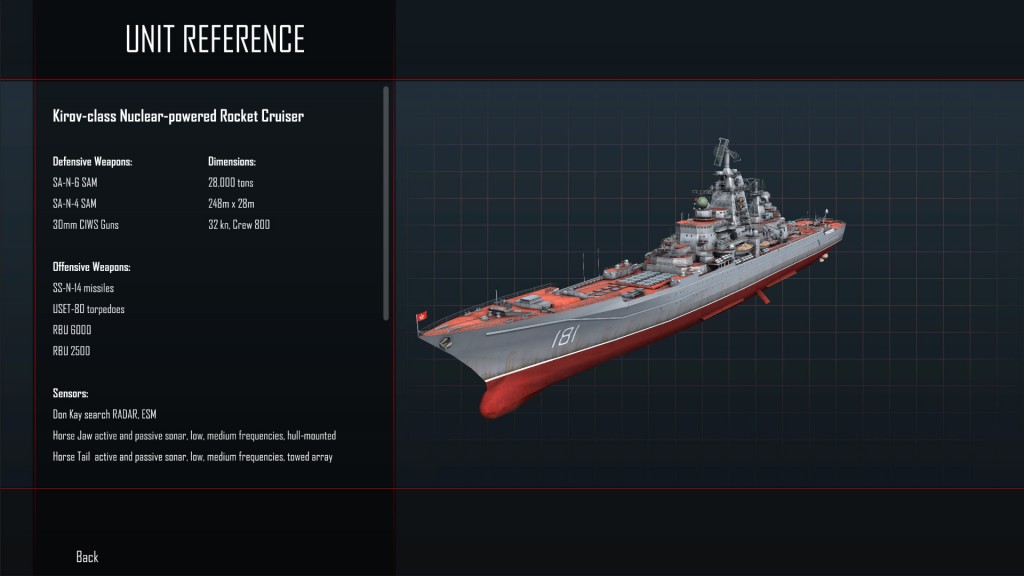 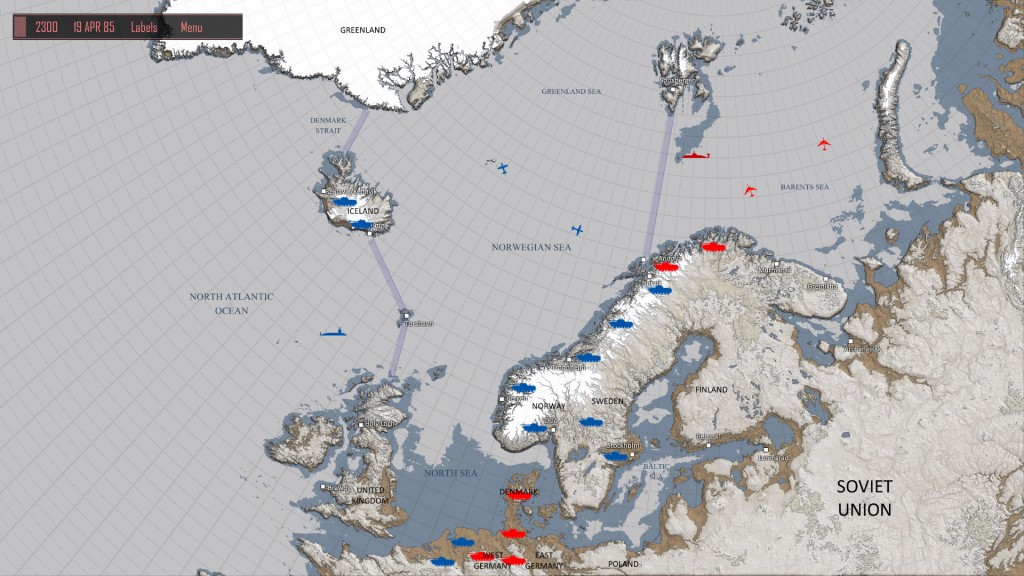 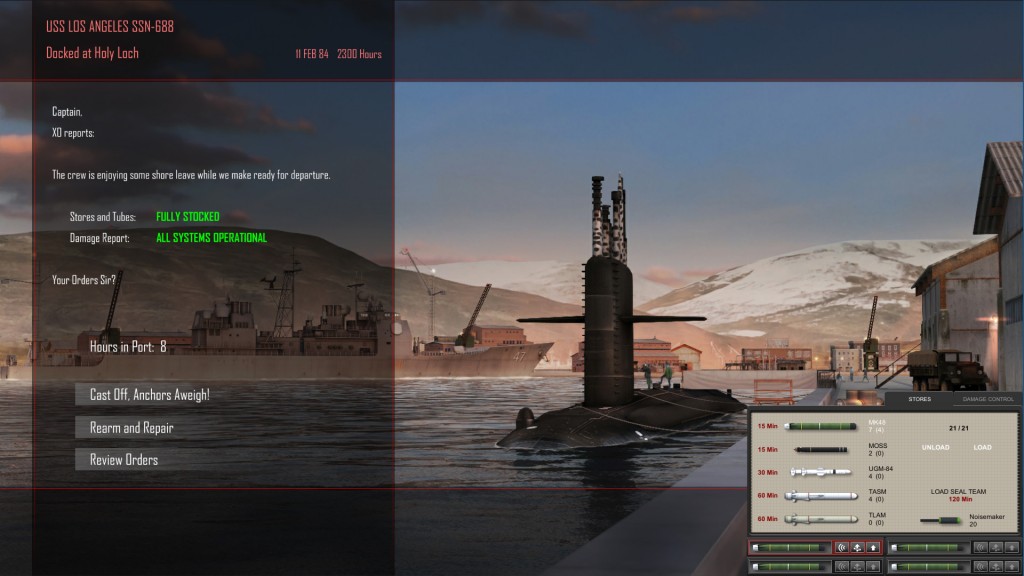 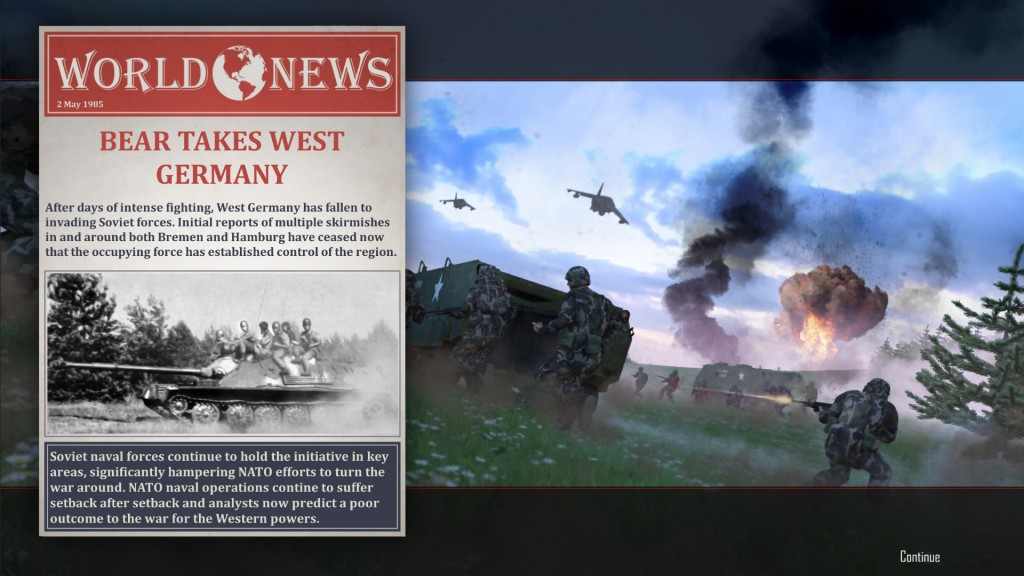 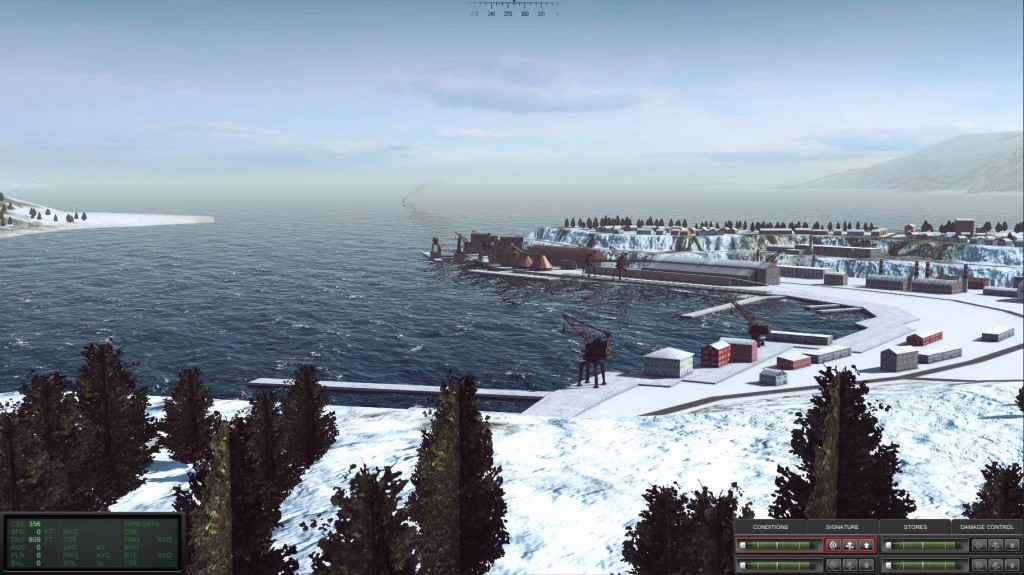 After tracking a Soviet landing force bound for Iceland it is time to plan your attack. Do you silently close in to torpedo the landing ships and escape during the resulting chaos? Or strike with long-range missiles but risk counterattack from the enemy escorts? Have you detected them all, could another submarine be out there listening for you? Has the hunter become the hunted? Will you survive the Cold Waters?

Inspired by the 1988 classic “Red Storm Rising”, command a nuclear submarine in a desperate attempt to prevent “mutually assured destruction” when the Cold War gets hot and WWIII begins.

You will be tasked with intercepting convoys, amphibious landings, insertion missions and battling it out with enemy warships, submarines and aircraft. Thankfully, an arsenal of wire-guided torpedoes, anti-ship and cruise missiles and the occasional SEAL team are on board to keep the Iron Curtain at bay.

Available from Steam on PC and Mac.