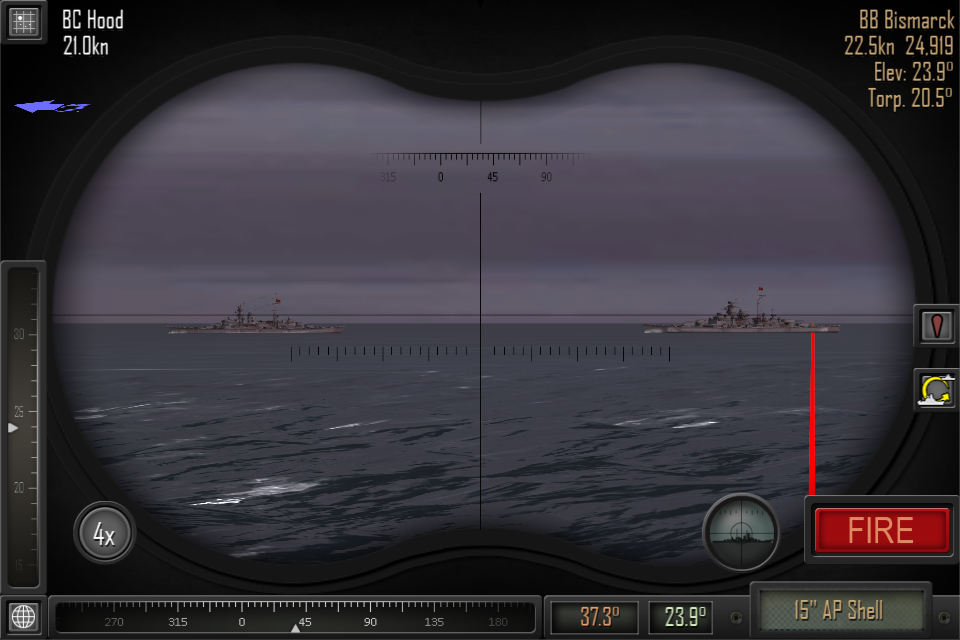 Bug hunting continues and we’re spending some extra time to further optimise memory usage by the game. It is a big job and has already improved game performance and stability but perhaps most importantly will allow the addition of ships and scenarios post-release without being limited by lower end hardware.

Screenshot is a view from HMS Hood on the morning of May 24 1941 with Prinz Eugen and Bismarck 25,000 yards off the starboard bow. The director (binocular) and periscope views can be zoomed 2x, 4x and 8x to aid with identifying and aiming at targets.