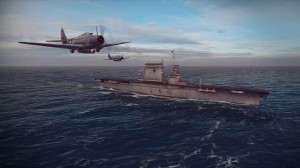 Roster Sorting
Left click and drag unit tabs to reorder the roster list. Changing the order sorts units and impacts their positions in formations. For example, rearranging the list and placing those units in Line Ahead formation places ships in positions as indicated by the roster list order.
– config.txt added “enableRosterSort”:true to enable left click and drag to re-sort unit roster tabs

Roster Shift Click Selection
Shift Click on a roster tab now selects all units between the one clicked and the current player controlled unit. Similarly, clicking a selected unit de-selects these relevant units.

Map Shift Click Selection
Shift click on a map contact now selects/deselects it. Shift clicking on a unit of a different type (Sea vs Air) will switch control to that unit. This makes “Selection” mode obsolete and it will be removed soon.

Map Box Selection
While holding Shift, left click and drag on map for box selection. Units within the box will be selected.
– Selecting units of a type different to the controlled unit, will switch control to the first unit of the other type. For example, if controlling a ship and a selection box is drawn around aircraft, control switches to the first aircraft and any others within the box are also selected.
– If both Sea and Air units are within the selection box, Sea takes precedence.
– config.txt added “boxSelectAutoSwitch”:true to automatically switch between Sea/Air units based on selection area. If both Sea and Air units selected, Sea takes precedence. If false, only units of the same type as the current player controlled unit are selected.
– interface/images/map added selectionSquare.png
– interface/styles added “MapSelectionSquare” reference for the selection box 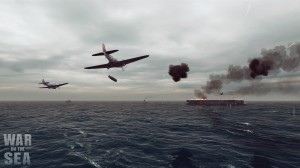 War on the Sea, the latest title from Killerfish Games, is now available for PC and Mac.

It combines fleet management with real time naval combat as you take command of Allied or Imperial Japanese navies and aircraft throughout the South Pacific during WWII. 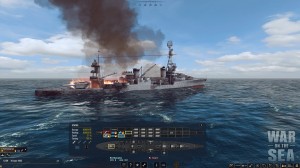 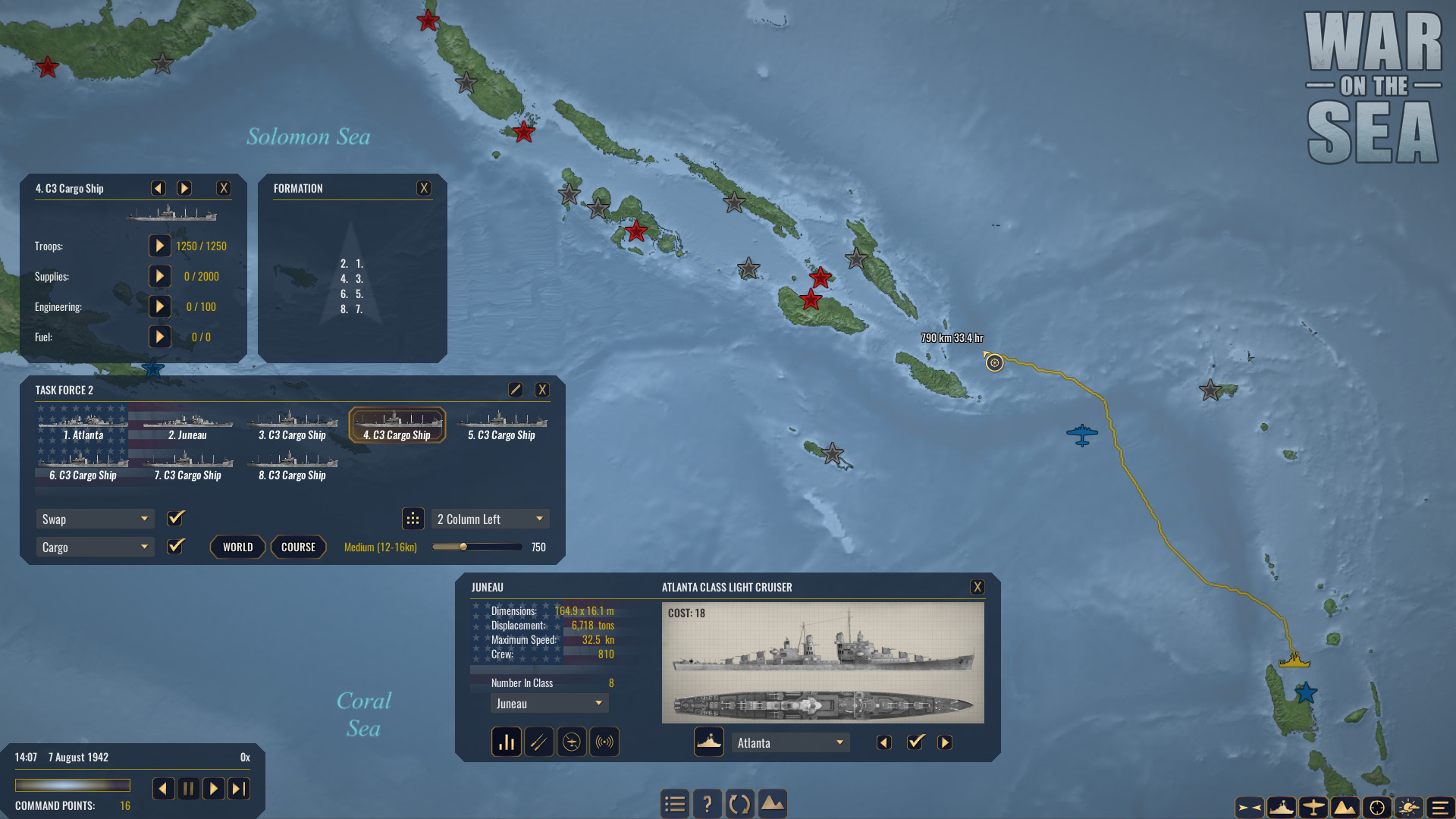 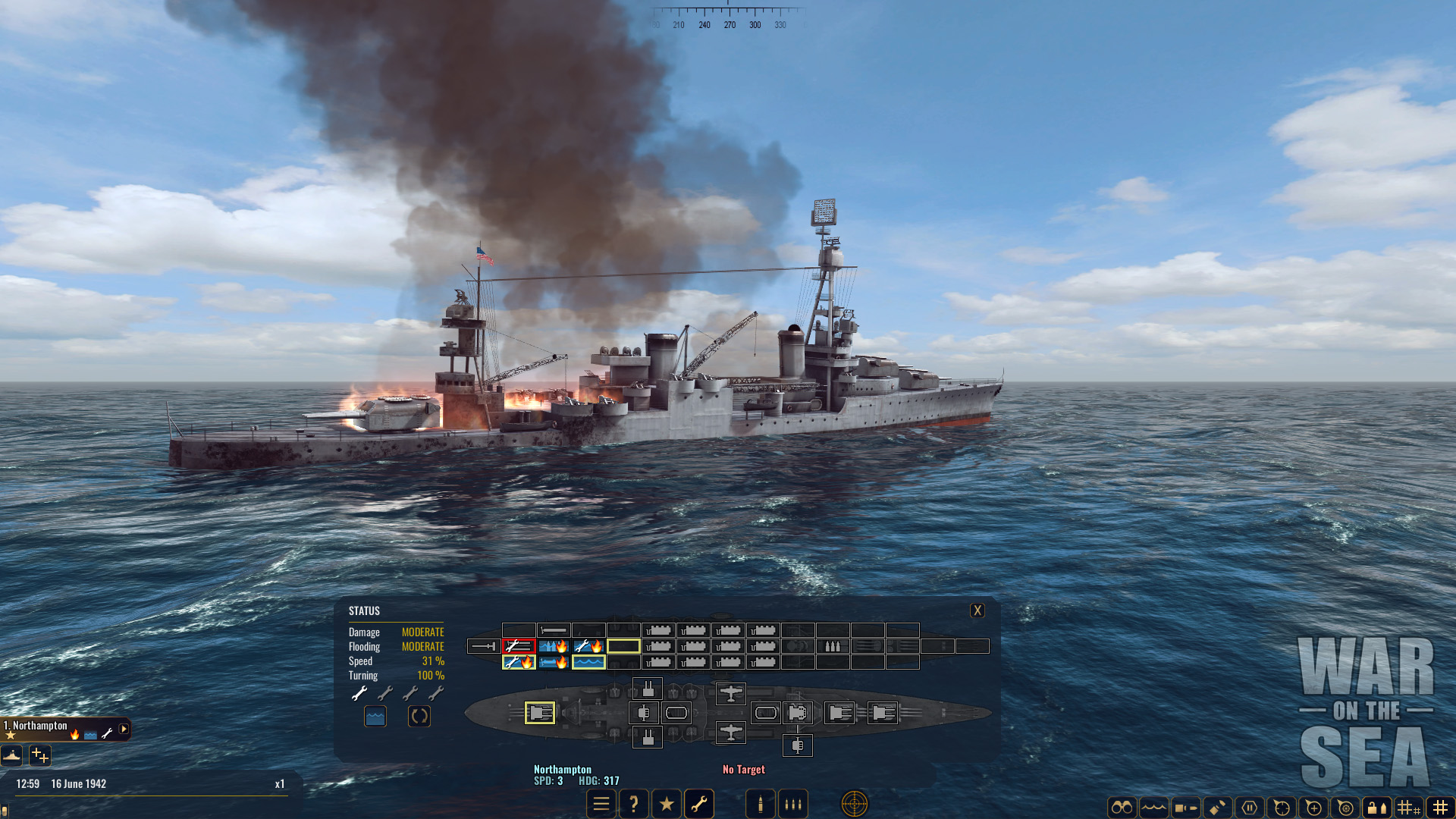 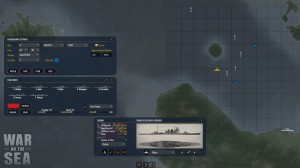 For comments and ongoing discussion, head over to the War on the Sea Steam Community.

Battle Editor
War on the Sea will ship with a Battle Editor enabling you to generate a variety of custom scenarios. Whether you want to re-create historical engagements or “what if” scenarios, the editor lets you place ships and aircraft into the world, drag them into position, plot way points for the AI and then jump into the action!

Custom missions can be saved and allow you to play either side of a battle.

Original Soundtrack – Coming Soon
We’re pleased to announce Aleksi Aubry-Carlson returns and has teamed up with the talented Jonathan Figoli to compose the War on the Sea original soundtrack. They’ve worked hard to create a score that captures the feel of WWII era naval combat and have produced over an hour of exceptional music for the game.

Be sure to add the War on the Sea Original Soundtrack to your Steam Wishlist! 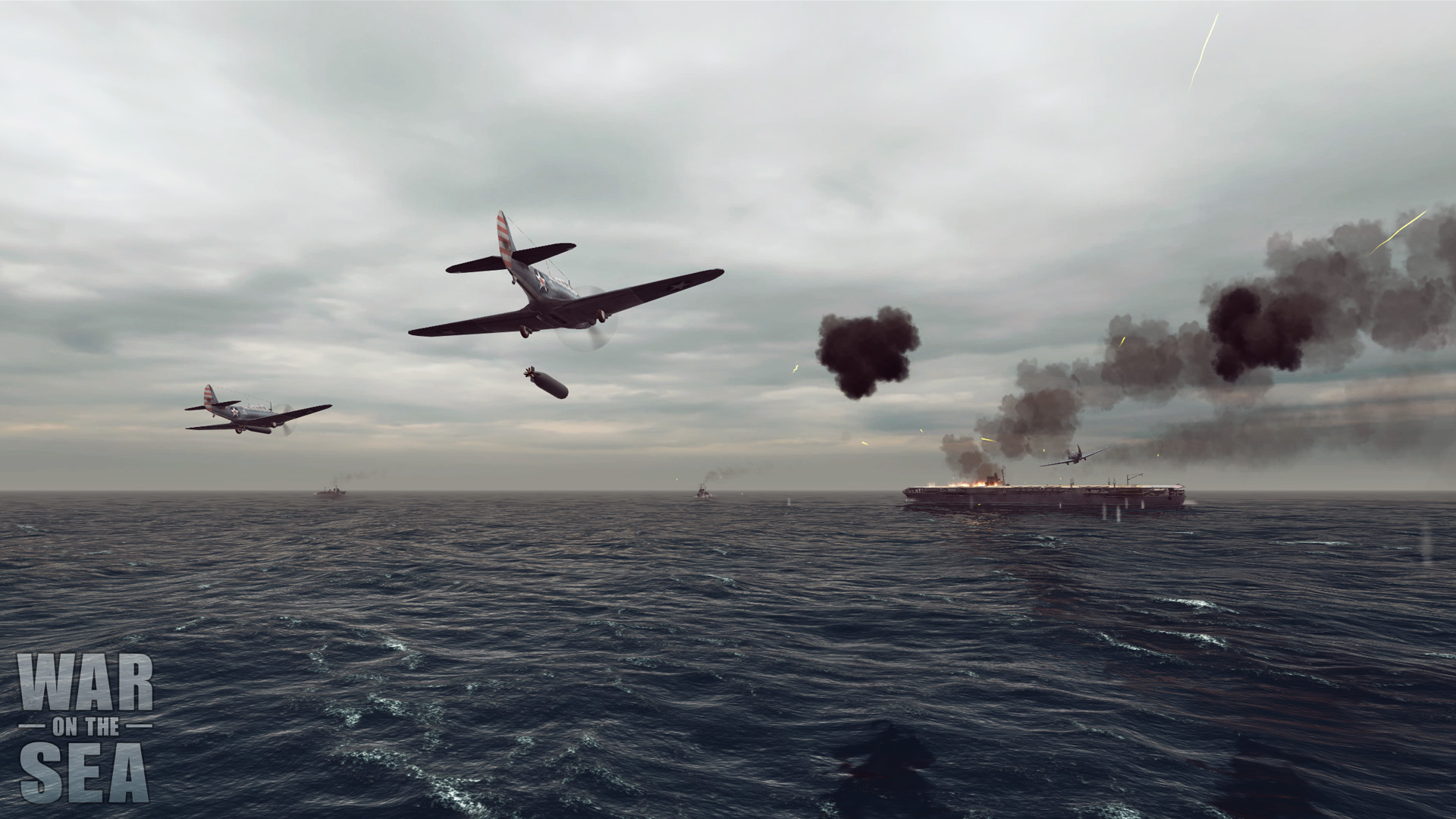 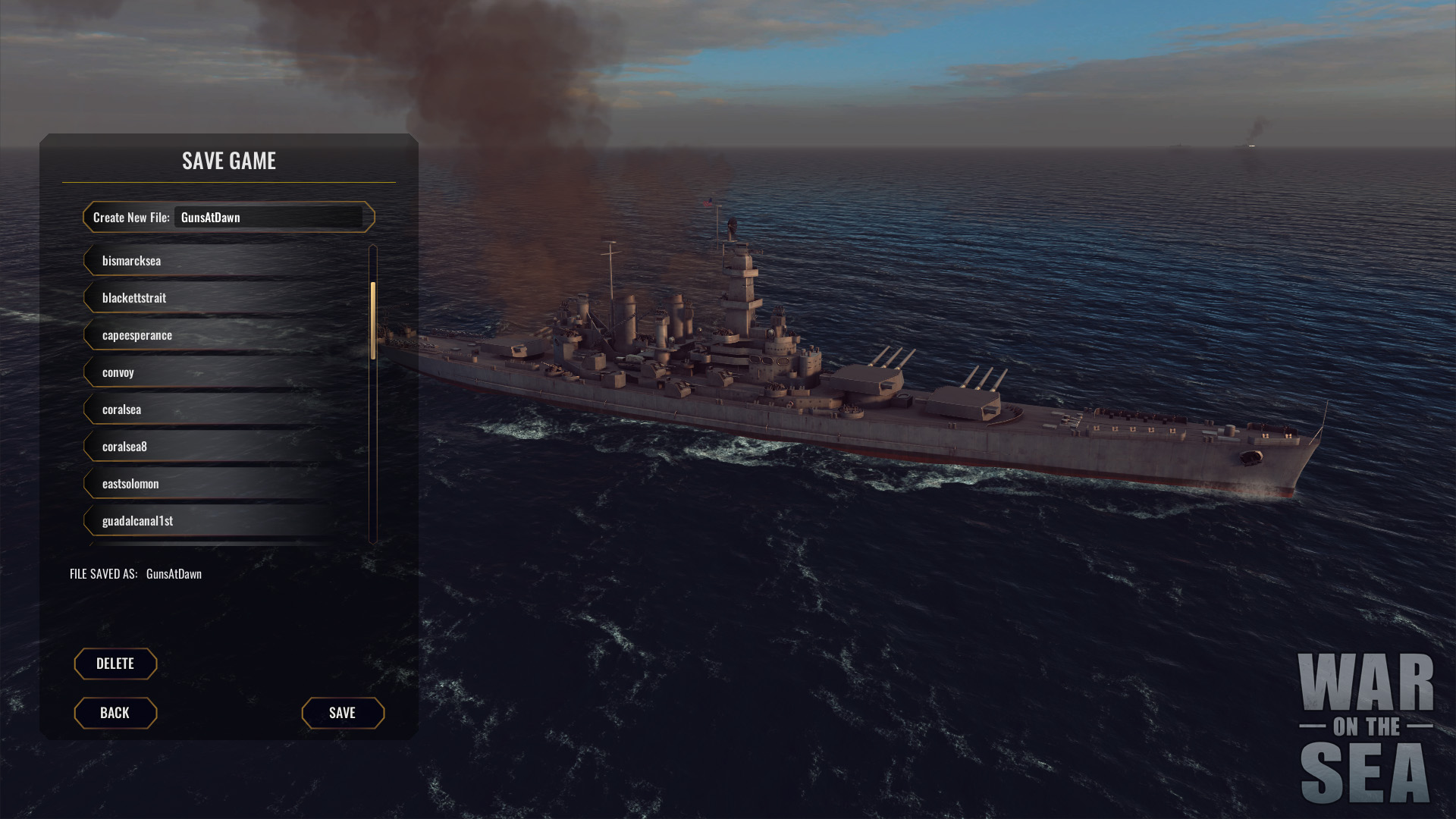 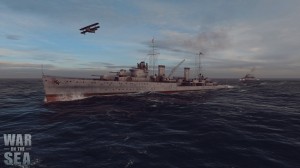 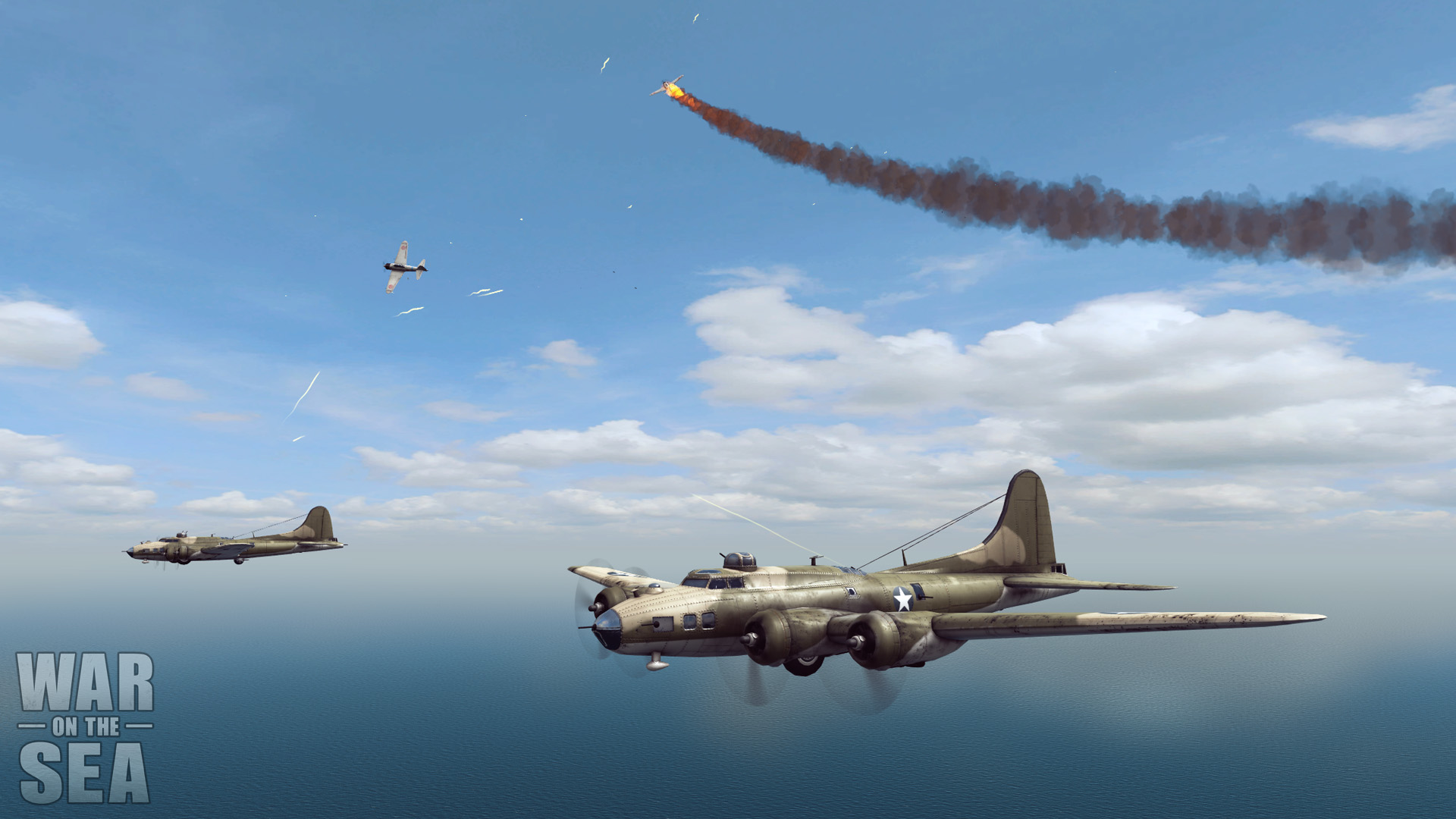 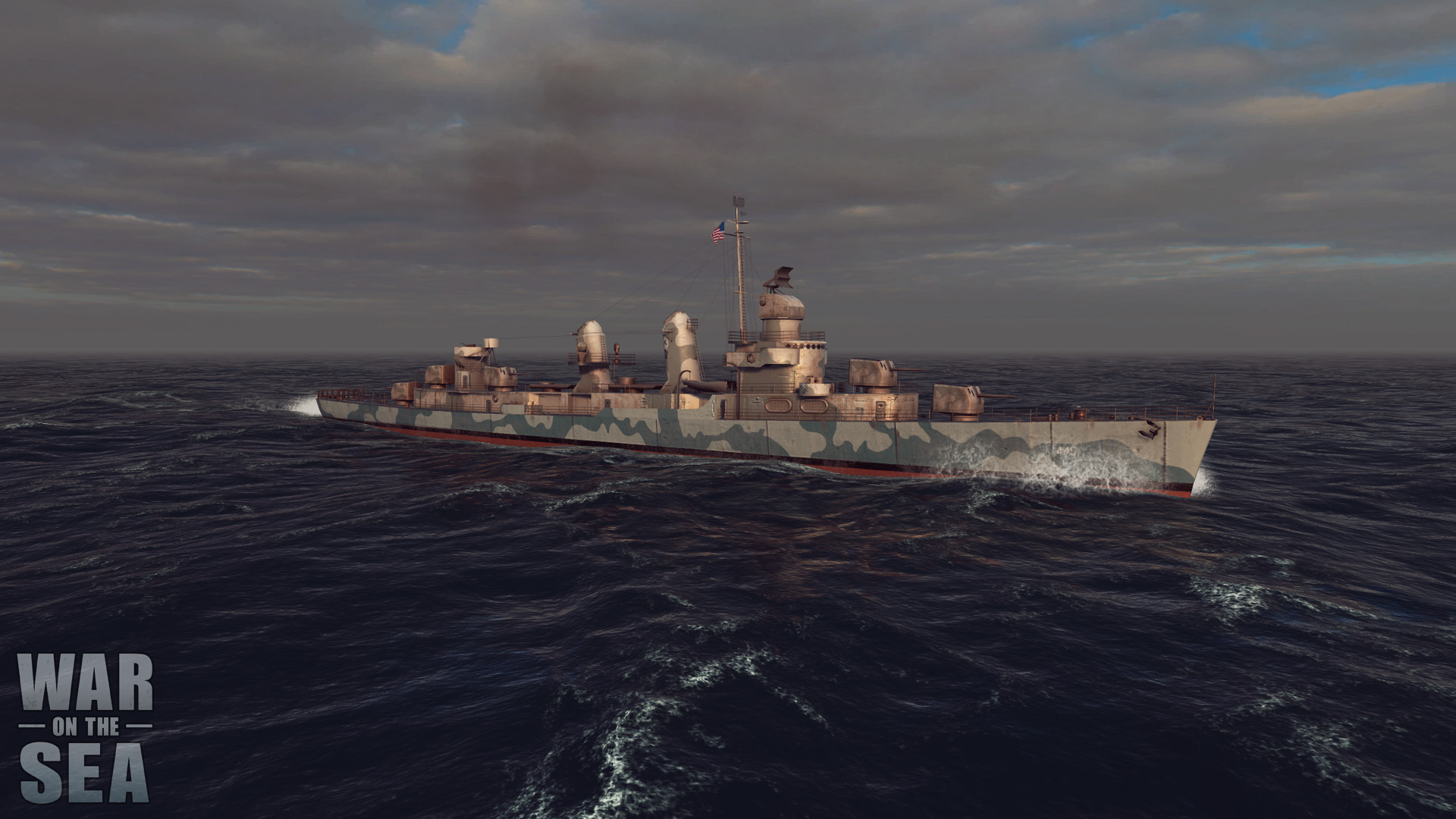 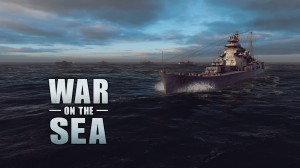 The Steam page for War on the Sea is now live. This STEAM PAGE will be the place to get the latest news and join in the discussion on the War on the Sea FORUM.

Also, be sure to check out the trailer:
Killerfish Games is proud to announce our next title “War on the Sea”, coming soon for PC and Mac. Heavily inspired by the classic computer games “Great Naval Battles” and “Task Force 1942”, “War on the Sea” puts you in command of securing the South Pacific during World War II.
Announcement Tralier 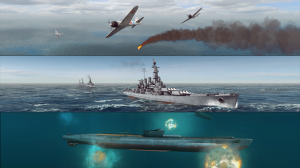 Killerfish Games is proud to announce our next title “War On The Sea”, coming soon for PC and Mac. Heavily inspired by the classic computer games “Great Naval Battles” and “Task Force 1942”, “War On The Sea” puts you in command of securing the South Pacific during World War II.

For more information CLICK HERE or view the announcement trailer below.

It is nearly a year since Cold Waters was released and what a year it has been…
In that time we’ve made continuous updates, improvements and added additional content, all to the base game and all for FREE!

What’s New Trailer
Check out the “What’s New” trailer to see highlights of these major additions since release which include;

South China Sea Campaign
An all new campaign takes you to the warm waters of the Pacific where you’ll take on the People’s Liberation Army Navy of China in an attempt to maintain naval control and bring stability to the region.

New Player Submarines
By popular demand, the formidable Seawolf class is now playable along with the Los Angeles Flight 2 and Flight 3.

Crew Voices
Adding to the tension, immersion and putting you firmly in command, your crew now call out warnings, updates and verify orders you’ve given.

Point and Click Controls
We got a lot of feedback about the controls and listened to what players wanted, namely a full point and click interface with tool tips to command your submarine. So we added it (and made it fully modifiable to build the user interface you want).

Neutral Shipping
Not every contact is a target anymore! Fishing trawlers, container ships, tankers and whales roam the ocean making it crucial to correctly identify your targets before firing on them.

Improved Terrain, Cities and Air Bases
The terrain system has been completely overhauled to improve performance and visual quality. In addition, urban areas, cities, all new port facilities and air bases have been added, many of which may well be targets for your land strike missions.

Ship Recognition Manual
Can’t remember the difference between a Kanin and a Kashin, or a Luda and a Luhu? You won’t have to with the in-combat ship recognition manual, a comprehensive encyclopedia of the various ships and submarines outlining their capabilities, sensors and weapon systems.

New Vessels, Aircraft and Weapons
Over 35 new vessels, mostly comprising the People’s Liberation Army Navy as well neutral shipping, have been added in conjunction with new weapon systems and aircraft to support them.

Vertical Launching Systems
Available on the Los Angeles Flight 2 and 3, these batteries of missiles let you stock up on additional anti-ship or anti-land missiles which can be fired in rapid volleys.

Oil Rigs
Similar to neutral shipping, oil rigs are also dotted about the oilfields of the North Sea and South China Sea. 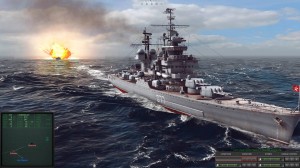